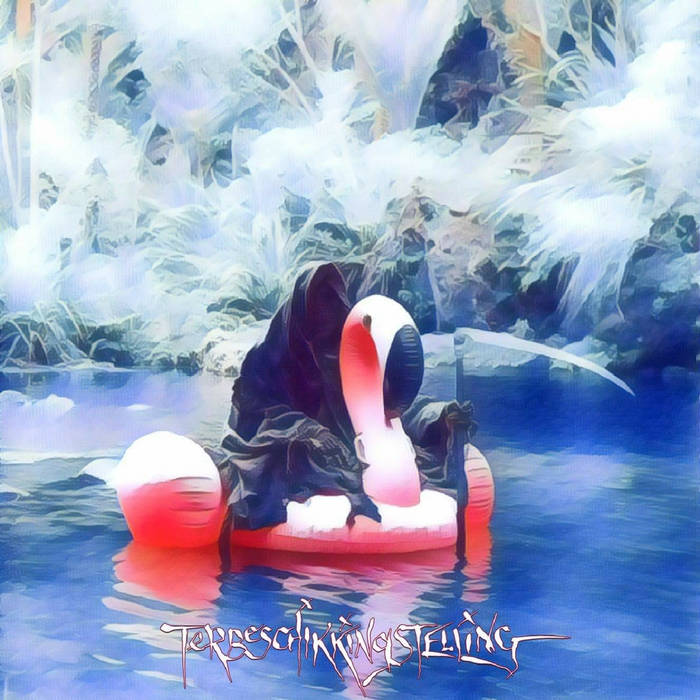 Death takes a holiday - Down at the baths - Overlooking the alpine mountains - Death takes a swim -
There are streamers of chum and streaks of oil that radiate from the wake - It’s one of those eternity pools
That you hear about, the one swimmers use to practice without moving anywhere - Death enjoys the irony
Of this - It feel very familiar to Death - Most don’t realize this, but death really enjoys their work - In fact,
Most of the time on the job is spent with a huge, rictus grin -

Find youself in a crowd - The larger the crowd, the better. If you are in a rural area you will have to wait until
One of the cyclical / seasonal festivals causes a gathering typical of agrarian values. If you live in an even more
Remote locale, you’re of absolutely no use in this scenario - Begone ~~! Anyhow, when you have assembled this
Large crowd and inserted yourself into their presence, do the following. - You are tasked with visualizing the following -
1. The first person who you loved
2. The “ Handyman “ who taught you how to fix certain things
3. An erotic memory that contains a twinge of guilt or shame
4. A Mid-Wife or Baby Sitter or Nanny
5. The Uncle that your father curses
Now, you’ve gathered these memories - Flesh them out in as much detail as possible. You can spend months, even years,
Studying their features and committing the entire face deep to your memory. Now, open your eyes. You must match the
Faces in the crowds to the faces in your memories. It’s worth pointing out that there’s also an assassin in the crowd, dressed in
The typical fashion -They are trying to kill you - legion etrangère

Grandpa was always on the porch this time of day - But not this morning - The door was agape, and the screen was clattering in
The idle summer breeze - The air was thick with miasma - Grandpa was slow to answer and wasn’t moving around so much as usual
= Meanwhile, they were obviously drunk - Or high, or something. But they were with the cool kids, and the cool kids seemed to be
Incredibly amused by anything they did. - Although, if you’re being honest it’s been bothering you more and more the gusto with
Which this whole band is doing risky things. And now the van is picking up speed, and everyone seems to be yelling some kind of
Song but you can make out the words - Then the headlight come in, but there not where they’re supposed to be = The Baby was
All alone on the balcony, and the sun was shining just so. It’s a shame the parents weren’t there to see baby’s first steps

Pt. 4 : Hart Beats
In the woods, a stillness - An unheard echo, that notorious tree falling - Or was it a bear shitting ? - Anyhow, stock still. Just that
Luminous haze that one finds in deep woods at certain times of the year, at certain times of the day - There’s the pleasant
Murmuring of a nearby waterfall, just out of sight over the rise - But along the rise, backlit by the setting sun, they emerge - Timid
At first, but emboldened by the enduring calm - A Group of Harts, shimmering brown & slightly steaming - Softy lowing in unison
You can hear the pounding of the ground. You can feel the sap running trough the trees. The sky Crown.

Gold Dust - Dustin Rhodes - Eldest son of Virgil Riley Runnels Jr, AKA “Dusty Rhodes“ AKA “The American Dream" There was a period where Dustin performed as the character “ Gold Dust “ - During which time was portrayed as a
Sexually ambiguous / threateningly queer presence - A “Heel“ which is to say playing the villain. What’s not widely known
Is that Dustin Rhodes, despite widely expressed reservations about the entire gimmick, was on one occasion willing to
Receive breast implants to enhance the “Otherness“ of the character. The Wrestling world at that time was in the middle
Of some particularly galling / callous story lines, of which this was one. 24K. A Shattered Dreams production Indeed

All Music by: Volker Störtebeker
Metronome & Accordion by: Antonio Rumoer