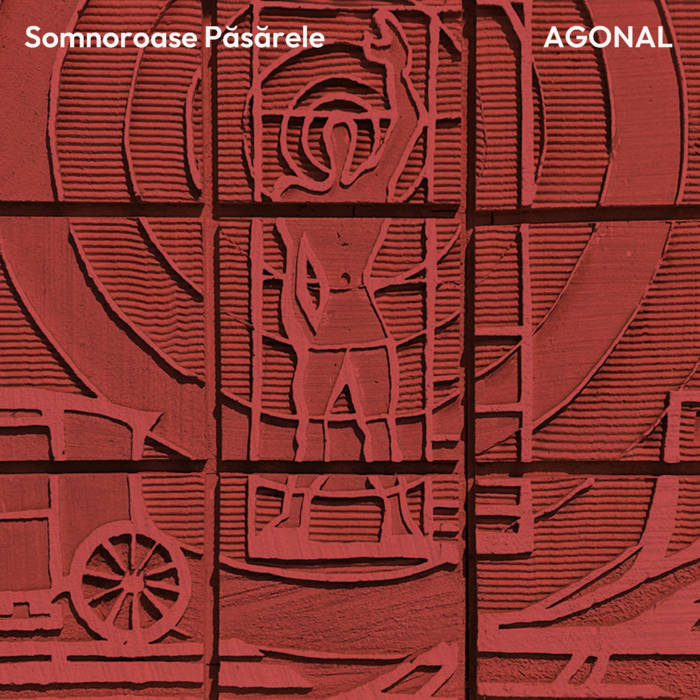 Somnoroase Păsărele is a sound project by Gili Mocanu.
Born (1971) in the historic city of Constanța beside the Black Sea, Gili Mocanu is widely known as an accomplished and unique Romanian painter whose work has been shown in numerous major galleries and museums across the world. Inspired by a generation of avant-garde Romanian composers like Iancu Dumitrescu, Octavian Nemescu and Ștefan Niculescu, Gili has also been consistently involved in sound recording since the early ‘90s, and under his long-running Somnoroase Păsărele and Centrul Isteric guises, sometimes in collaboration with others, his music has evolved its own distinctive character. Employing atypical synth sounds, spectralist techniques, and asymmetrical or non-rhythmic elements, the results have included excursions into abstract electronic, minimalist, ambient, spectralist and drone territories.

“The album was recorded pre-2020 on a pretty worn out mac laptop; Gili has sat on it for a few years for editing/mastering, then I (Miru) sat on it as well. From the initial 105 minutes of recordings, we now have 35 min. The tracks are meant to be increasingly 'agonal'; one can feel that in the sound perhaps, and it's also reflected in the titles.

The 'artworks' (used as the album cover and track tiles) were/are placed near a children's summer camp in Năvodari, Romania. Gili has been familiar with these since childhood, given that he grew up in the Black Sea area. I cannot tell you exactly why, but the entire album has a very personal feel for Gili, so that 'blast from the past' is not out of place here.

One cannot help but notice that as the state of our world progressively gets more insane and corrupted, folks are beginning to make nostalgic posts about life in the 80s or how great their childhood was in the 70s/60s. An interesting coping mechanism; and one could say that the shift in collective memory back to perhaps simpler and largely less propagandised times is a symptom of desiring an end to the delusion. People are missing direct connection with each other, with society at large. It may be a good sign, or at least something to ponder on.”